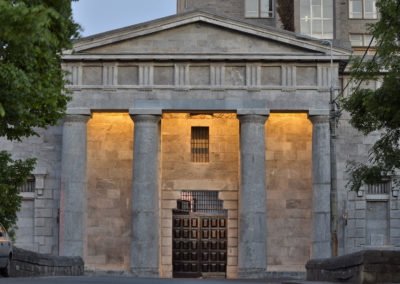 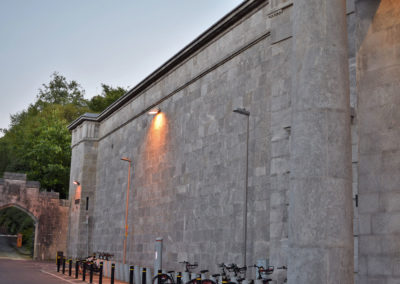 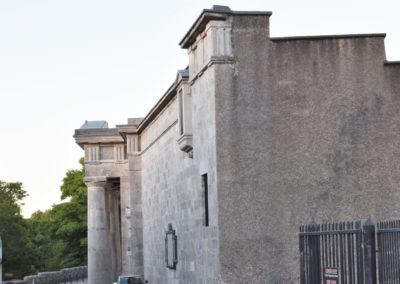 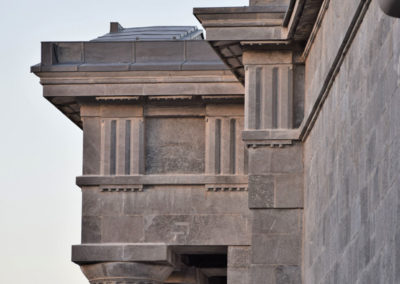 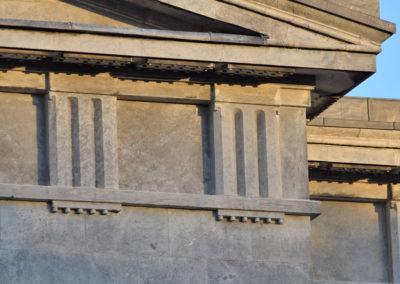 The old Gaol Wall which was built circa 1820 formed part of the County Prison which was demolished in the early 1960’s to make way for a new science block. The County prison was situated in the north-west corner of the College campus bounded by Gaol Walk .

The wall which is constructed of cut limestone had simply acted as a boundary wall for many years and had reached the point where water penetration and vegetation were threatening the stability of the structure. The first phase of restoration involved the east section of the wall and took place approx., five years ago and the current phase which has just completed involved the central portico and west boundary wall.

The work involved the removal and reseating of the first three to four coping stones; careful removal of vegetation; repointing; stone repairs and leadwork. In addition, a considerable amount of restructuring and support work took place in the portico area and to projecting stone elements.

This gateway is to become a strategic access point to the college, it will be illuminated and will carry banners promoting College activities.